Perseverance Pay Off - It’s A Win-Win!

This is a fascinating story, although long, but it’s well worth telling.

Almost two years ago one of my clients referred a friend of his to me for personal training. I had no idea to what I was getting myself committed!

Within a week the guy called me, and during that phone conversation I detected complexity. We set a time to meet, casually, at a Starbucks, that was very close to Willow Bend Fitness, just in case he wanted to see the gym, afterwards.

Our casual conversation, that should have lasted 30 minutes, turned into an hour, during which time, I got the long story of his 3 year battle with debilitating depression, so much so that he couldn’t get out of bed for almost 3 months. Fortunately, he was financially stable, so time off from his commercial real estate business was not a problem. But, he was clearly dealing with an overwhelming battle in his mind, and he was losing the battle.

We finished our conversation, only because I had a client appointment, not because he wanted to stop talking. Yes, he talked for 90% of our time together. Because I wasn’t getting paid for this meeting, and because this had become an obvious counseling session, I should have redirected the conversation, using boundaries to truncate it.

But, I did not, because I was fascinated by his story, his intellect, and his demeanor, which was hilarious in a self deprecating manor. This guy was so unusual, that I was overwhelmingly drawn to him.

We parted, having not touched the subject for which we had met, his fitness. He said that he would be in touch with me. One of his parting lines was: “I hate commitments”.

About a month later he texted me about meeting again, casually. Yes, casually means no dinero. This time we did meet at Willow Bend Fitness, where he toured the club, and then we sat in the lobby area for at least 45 minutes for another chapter of his story. I’m still wearing my counselor’s hat! Again, we have to part, because I have an appointment, but very little was discussed about training, although he did say that he knew he needed it. I asked for his email address, so that I could send him all of my information, including pricing. Again, he reiterated that he hated commitment, especially relating to scheduled appointments. As I experienced in our first meeting, I was fascinated with the guy, and I was very empathetic. He was the quintessential ruminating character, but so likeable. Again, no dinero for my time, but that didn’t bother me, because this was becoming a real challenge, and I wanted to succeed, because my success would also be his success. I was more sure of that, than he was, I’m surez

A couple months went by, and he texted me, again, asking if we could have another casual meeting. Because of my altruistic nature, and because I wanted to succeed in this challenge, I said “yes”.

This time we met at the same Starbucks, and we spent almost an hour, mostly discussing his abhorrence of commitment and scheduled appointments. But, this time we did touch on personal training. He apparently had looked at the document that I had emailed him, and his only comment was a question about my pricing, which entailed his wanting to know how much his friend, who had recommended me, was paying. I answered him honestly, telling him that his friend had been a loyal client for 15 years, so his friend was paying far less than my current prices. Yes, he asked if he could get the same rate, and I said “no”, that he would have to pay my current rate. Finally, I did exercise boundaries!

I offered, this time, to have him come in for a free training session, and he thanked me, but stated again how much he despised commitment, and that he would be in touch.

Guess your wondering how I have accurately remembered this timeline. Besides keeping an appointment log, I, also, never erase clients’ texts, so I have an accurate backup, because I use texting each of my clients the day before to confirm all appointments.

As time passed he’d text, saying that he’d not forgotten and that he’d get back to me.

Well, we had 4 more casual appointments(no payment), all of which we did at WBF. Perhaps getting him used to the surroundings there as well as meeting some of the members, all of whom are so friendly, would make him more comfortable.

But, he still didn’t commit. He continued to reiterate how much he needed to exercise, but, also, how much he hated commitment and especially committing to appointments.

Now, this next part is inexplicably stunning:

Our final casual meeting was exactly one year to the day from when we had originally met. That’s right; I looked at my schedule as well as my texts, and this particular day that he said yes was the same calendar date when we had our first meeting. Even more surprising is when I told him that, he had no idea about this perceived coincidence, which I prefer to call “God’s providence”.

After he affirmed his desire to begin I asked him how many times a week that he would be doing cardiovascular(aerobic) exercise. He reminded me of how much he hated commitment, and that when he was ready the cardio would happen, but not now.

I began training him two days a week, using mostly resistance machines and a few free weights. As much as I tried to encourage him to either begin doing cardio, or allow me to incorporate some short cardio intervals with the resistance training, he completely resisted. Eventually, I had to stop bringing it up, altogether, because he would ask me not to talk about cardio, because when he was ready, he’d do it, himself. So, from that point on, I stayed away from talking about it.

Very close to 6 months since we had begun, I walked into the gym, expecting to see him sitting in the lobby, but he wasn’t there. Because his car was in the parking lot, I supposed he was probably in the bathroom, and I had scanned the gym, but I didn’t see him.

After 10 minutes I decided I needed to check the bathroom, but he wasn’t there, either.

Well, you’ll never guess where I found him! He had arrived early, walked into the workout area to see if I had arrived. Somehow, he caught a glimpse of a lady he had seen many times, and she was killing it on an elliptical machine. Because he was so impressed with her ability, he got on the elliptical next to her, and he asked her what to do to get it started. She, obligingly but kindly, told him and he began the motion. By the time I recovered from my astonishment, seeing him doing the elliptical totally on his own accord, I walked up and applauded him for finally getting his aerobic exercise going. As the weeks progressed he increased his time to 45 minutes, which he would do prior to starting our workout. But, almost every time we met he would tell me how much he hated being at the gym.

Then, another pleasant surprise happened. My client decided on his own to come in on an off day from resistance training to do another 45 minutes of elliptical.

Somewhere around the time he began using the elliptical, he had encountered a couple of friends, that he hadn’t seen for a year or more, both of whom asked him what he was doing for fitness, because they saw a marked change in his physique, posture and countenance. Even though I constantly validated him, regarding his progress, the response that he received outside of the gym environment was what brought reality to his results. But, I hate being here was still his emotional outlook.

Because he had progressed so well as far as strength, endurance and posture, I switched him to a split routine, still staying with our 2 day a week schedule. With this protocol I gave him more exercises for a muscle region as well as many more sets. He is flourishing, but still giving me the same message about being at the gym.

Had I known what was going to happen 3 weeks ago, I would have brought Kleenex to the gym, because I needed them.

He and I had just finished doing seated rows, and as he stood up, he stared me in the eyes, smiled, and he said: “I think I like this SH_T, at which point my eyes welled up with tears.

My perseverance and his perseverance, which looked totally different, had paid off; I had won his trust and confidence, and he had stuck it out long enough to see and feel results, physically and emotionally.

Now, he has even brought up the subject of doing resistance training 3 times a week, instead of twice. Yes, he could get even better results more quickly, and, yes, I would earn more money, but I haven’t pushed it at all. This needs to be his own idea.

I’ve won his trust, his confidence, his friendship , his respect,  and his business.

Perseverance paid off, big time, for both of us. 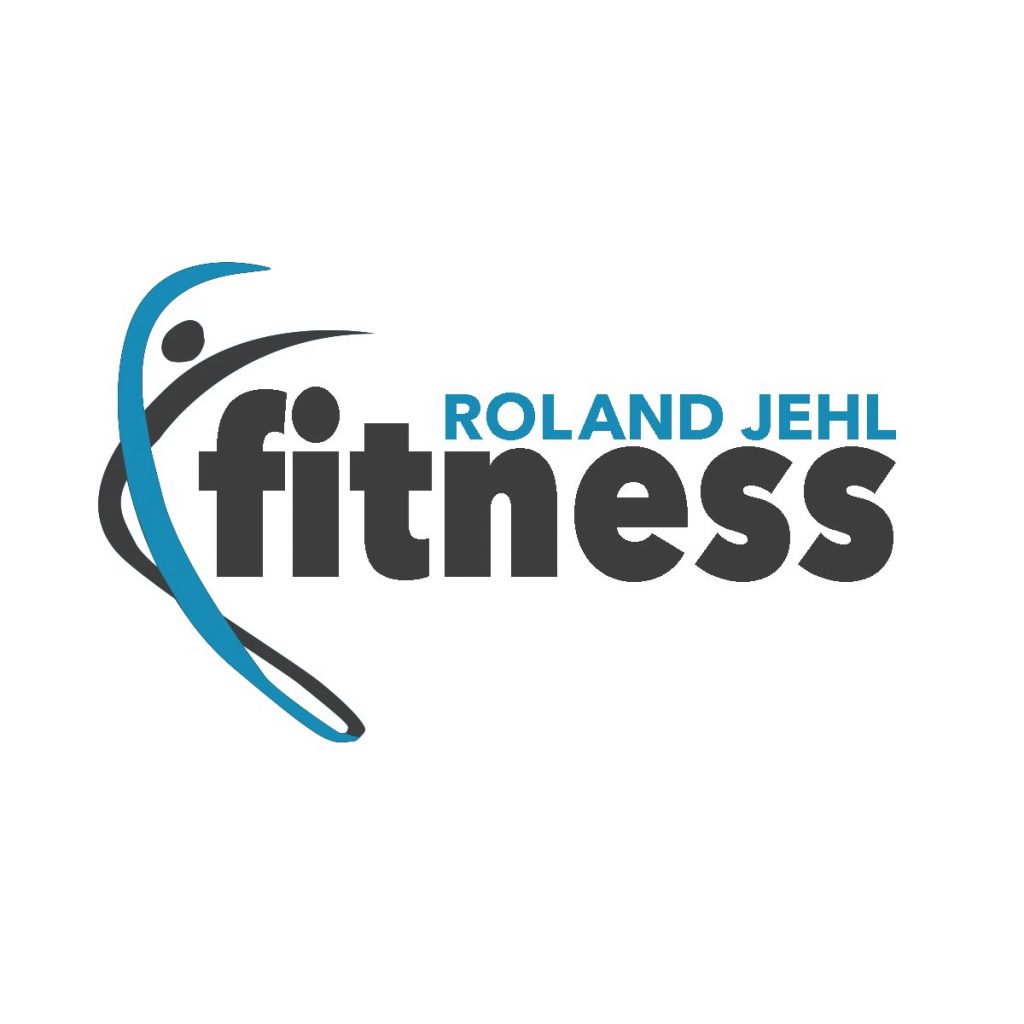